Difference between revisions of "Main Page"

From KnowledgeLab
Jump to: navigation, search

What is the Knowledge Lab?

The Knowledge Lab is an attempt to provide a collective space for anti-capitalist reflection. It is located at the margin of the university, an institution essentially geared towards the production of knowledge as a resource for corporate interest and as justification for particular constellations of power relations. The Knowledge Lab is hence also an attempt to claim back some of the university's space, resources and know-how from the military-industrial complex and make them available for people concerned about and working against the status quo of unceasing commodification, exploitation, war, and biospherical destruction.

The knowledge lab grew out of conversations at the anarchist bookfair in 2004, where the "anarchist academics" session featured on the programme for the second time. So many people came to both sessions that all that could be done was intros and quick networking - those sessions made it very was clear that more time and space was needed for socially and politically engaged people and those on the margin of the institutionalised "knowledge factories" to (be able to) get together, somehow. Join the mailing knowledge lab mailing list to help nurturing collective spaces for anti-capitalist reflection. You can also add yourself to the volunter network of the Autonomous University of Lancaster with which the Knowledge Lab works closely. If you like chat, or would like to learn how to, then you can also come to a related chat space where questions can be asked, ideas exchanged: irc.indymedia.org #research. 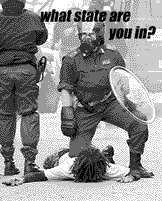 The Knowledge Lab was founded at Lancaster University in North West England and originally funded by the Institute for Advanced Studies (IAS), for the purpose of "bringing together activists and academics to discuss aspects of the capitalist economy driving globalisation from above - such as enclosures, precarious labour, structural violence, colonialism, and their justifying cultural imagery – and to make visible alternative architectures emerging through processes of globalisation from below, i.e. through grassroots movements cooperating to create a world based on human rights and mutual aid." The Knowledge Lab is an anticapitalist initiative independent of, but remains very grateful for the initial and continued support of the IAS.

We look forward to your contributions :)

History of the knowledge lab wiki

The old pbwiki has been imported here. You should find all the pages here. The old front page is FrontPage. Sorry some of the formatting is odd, and some links are broken, stuff to do by hand.

What's the relationship between knowledge lab and AUL?

The short answer is: they are two different processes. Some people are involved in both and some are in either, but through this wiki anyone participates in both, really. The knowledge lab started with gatherings and you can check them out via the links in the navigation box on the left of the page, they are called Lab1, Lab2 etc. As part of the [SecondKnowledgeLab] a series of sessions proposals, suggestions, outlines, frameworks developed and these have become collected under the banner of the AUL as an open free curriculum for popular education.

Erupting Conversations: Social Volcanology and the Political Economy of Change

Links to the outside

The software for this wiki site is called mediawiki. Please see documentation on customizing the interface and the User's Guide for usage and configuration help.